How to take MDMA, Molly, or Ecstasy: A RollSafe Guide

Remember, no drug use is perfectly safe. But you can take MDMA in a safer manner.

This guide is designed to increase the safety of MDMA for recreational users who will consume the drug regardless but are willing to consume it in a safer manner - to “roll safer.”

MDMA has risks and is illegal. If you’re taking MDMA, do your research and be as safe as possible.

We do not promote the use of illegal psychoactive substances. This content has been created strictly for harm reduction purposes, and you should note that the only way to be perfectly safe using MDMA is to not take it at all. The same is true with alcohol, skydiving, and sex - the only way to be perfectly safe in these activities is to not do them.

🚫 The main risks to watch out for

👨‍⚕️ 1. Avoid MDMA if you have any of these pre-existing health conditions

Avoid if you have any of these contraindicated conditions:

Malignant hyperthermia is a rare genetic disorder. Many individuals with the condition do not know they have it. If either of your parents have it, or if you have any first or second-degree relatives who have had an adverse reaction to anesthesia, you may have it.13 If this is true, you should not take MDMA.

💉 2. Know the drugs that interact dangerously with MDMA

SSRIs like Prozac, Paxil and Zoloft are not reported to interact dangerously with MDMA, though MDMA might make SSRIs less effective and SSRIs may make MDMA less effective.1020 Increasing your MDMA dosage to compensate is not a good idea. Read here for more.

🔬 3. Avoid if you’re not confident your MDMA is pure

87% of “Molly” analyzed by the DEA between 2009 and 2013 contained 0% MDMA, instead mostly containing “bath salts.”1 Use a test kit to reduce some risks, but know that even test kits cannot guarantee purity.

Read about testing your MDMA and the recommended test kits. 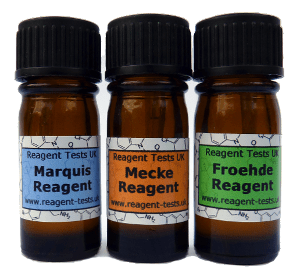 May help reduce neurotoxicity risk and 😁 may help maximize positivity.

In short, supplements may help protect your brain on MDMA, and hypothetically if tolerance and “losing the magic” are related, supplements may reduce the risk that you’ll lose MDMA’s effects (“the magic”) over time. 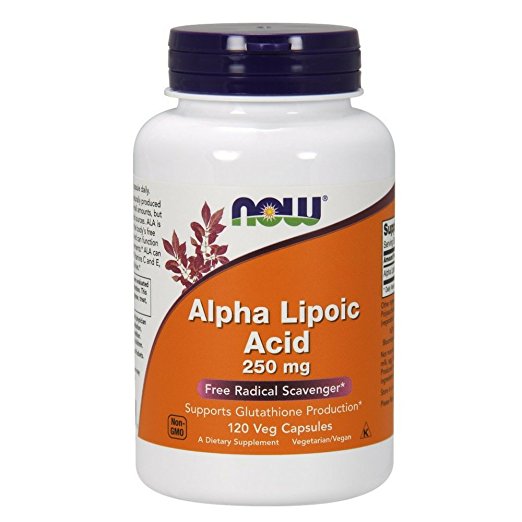 Read which supplements are recommended, supplement dosage and timing on the page for MDMA Supplements.

Again, the only way to be perfectly safe with drugs is to not use drugs at all.

📅 5. Wait as long as possible between rolls, perhaps 3 - 5 weeks at absolute minimum

In short: The less often the better. Research organization MAPS uses three MDMA doses to treat PTSD, spaced 3 - 5 weeks apart, generally in people who have never used MDMA before and are unlikely to use it again.22 If you’re going to use more than 120 mg or going to use more than 3 times in your life, you should consider longer usage breaks. Three months is a reasonable anecdotal-based (Ann Shulgin) rule of thumb, and waiting longer than three months is always better, from a safety perspective.

MDMA researcher Matthew Baggot: “In ten years from now, MDMA may be legally available and used in therapy. You don’t want to be unable to save your marriage or fail to come to terms with trauma because you rolled too much in your youth and now can’t feel MDMA.”

Read more at MDMA frequency of use.

⚖️ 6. Dosage guideline: your weight in kg, plus 50 = total dosage in milligrams for the session.

Read our page on MDMA (Molly/Ecstasy) dosage for: why you should consider less than 80 mg for your first real roll, why you ideally shouldn’t take more than 1.5 mg/kg and 120 mg in a session, and the dosage of MDMA that research found maximizes desirable effects (81-100 mg).

If possible, you should weigh your MDMA dosage out using a milligram scale, or if you have pills, get them tested at a lab or at minimum look online to estimate how much MDMA they contain. 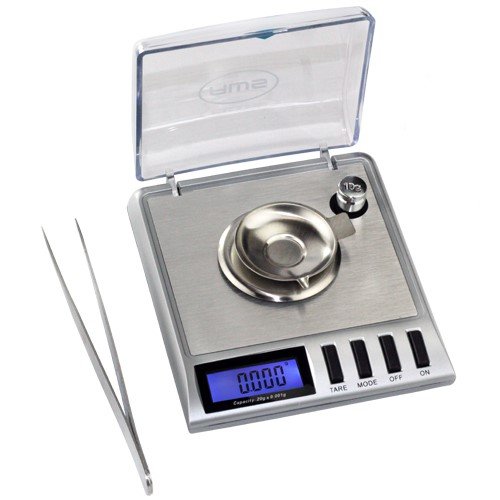 “When dancing in hot conditions the most serious dangers are dehydration (loss of water) and heatstroke, which can be fatal.” “However, excessive water consumption after taking ecstasy can also lead to medical complications and some deaths have occurred.”25

If you’re dancing or in a hot environment: 2 glasses of fluid, ideally part electrolyte containing (e.g. sports drinks) per hour. If drinking water only, make sure to eat a reasonable quantity of salty foods.

If you’re not dancing: No more than 1 regular sized glass of fluid per hour. Ideally Gatorade or another electrolyte beverage. If drinking water only, keep up sodium levels by eating some salty snacks.25

MDMA makes you feel thirstier than you actually are by increasing saliva production and increasing temperature.10

Consuming isotonic or electrolyte containing fluids helps prevent hyponatremia which is caused by low sodium, and hyponatremia has been the cause of some MDMA-related deaths in women.26 Hyponatremia “can be deadly and the symptoms of overhydration (headache, nausea) are hard to tell from those of dehydration.”27

“Hyponatremia means a low concentration of sodium in the blood and can pose a real threat to survivors who exert themselves in a hot environment. It’s caused by lost sweat, (salt and water) being replaced by only water (no salt) thus diluting the sodium in the bloodstream, a phenomenon commonly experienced by ultra-endurance runners.” Excerpt From: Cody Lundin. 98.6 Degrees.

🔥 8. Watch out for heat stroke

Heat stroke is a risk on MDMA even if you are inside and not in the sun.

“When dancing in hot conditions the most serious dangers are dehydration (loss of water) and heatstroke, which can be fatal.”25

“MDMA combined with aerobic dancing, a hot crowded environment and not drinking enough water, can become a lethal mix, sometimes resulting in heatstroke. A standard dose of MDMA raises body temperature about one degree, and also inhibits the body’s natural thermoregulation, increasing likelihood of heatstroke.”30

“I think the jury is out on the role of elevated body temperature in MDMA-induced neurotoxicity in non-rodents. We know it is important for rat toxicity, but it might not be for humans. So I don’t think I have a strong basis for a recommendation either way.”35

Fact: MDMA can bring to the surface issues that you may be emotionally struggling with.

The good news: Anecdotal reports suggest that “bad trips” on MDMA are extremely rare. This may be due to the fact that MDMA is often consumed in a positive environment - dancing, with friends, and music that you enjoy.

It is possible to have bad experiences on Ecstasy, though we don’t know if the users studied here took pure MDMA.36

“The findings suggest that most negative experiences with Ecstasy can be attributed to the interaction between two or more factors, nearly always involving set or setting.”36

Takeaway: Only consume MDMA in a positive environment to minimize the chance of a negative experience.

Being at home can be more enjoyable than being out. You can be as weird as you want without judgement, you can control the music, you can dance and then stop and sit around and talk because it’s not too loud, there are no aggressive people around to make you feel uncomfortable, etc.

As a bonus, MDMA is generally safer in a house instead of a club: being at home allows you to take frequent cool off breaks, to take your supplements easily, and means you can get electrolyte-containing fluids easily.

Don’t be with people that make you uncomfortable, and consider avoiding sober people that you don’t know. It can also be more enjoyable to avoid drunk people, even if you know them.

😊 10. Be conscious of your mindset before taking MDMA

MDMA can bring to the surface issues that you may be emotionally struggling with.

If you’re seeking a happy and euphoric experience, consider waiting until you’re in a consistently good emotional state.

🚑 11. Know the early signs of heat stroke and pay attention to your friends

If you experience or see early signs of heat exhaustion, move to a cooler location, lie down, loosen your clothing, and apply cool and wet cloths to as much of your body as possible. “If you have vomited and it continues, seek medical attention immediately.”37

If you see any of the signs of heat stroke above, this is a medical emergency. Call 911, move the person to a cooler environment, use cool cloths or a cool bath. Do not give fluids.37

🎯 12. Know your intention for taking MDMA, even if it is just to have fun, and state it out loud to the people you roll with

Recommendation by Emanuel Sferios. This is a good practice.

👍 Other general MDMA recommendations and tips

What are the best activities to do while rolling?

What if I’m concerned about myself or a loved one’s use of MDMA?

While “research hasn’t definitively answered whether MDMA is addictive,”40 there are certainly still people who may be concerned about their own use of MDMA or a loved one’s use of MDMA. This may be especially relevant for MDMA use that is particularly suboptimal - e.g. high doses, using more often than 1x per month, using in particularly unsafe or hot environments, etc.

Please read this free guide: the 20 minute guide. It’s for parents, but it applies to friends, etc. There’s also a separate version for romantic partners.

Alternatively, there’s a full book version of the same guide called “Beyond Addiction” which is excellent, or you can buy the PDF of the 20 minute guide.

Please start with the above resources, even if you’re ready for treatment.

Why is this important?

Follow the steps on RollSafe to be as safe as possible and have the best, most rewarding MDMA experience. Remember, no drug use is perfectly safe. But you can take MDMA in a safer manner.

Check out our page on MDMA Therapy: Beneficial Things to Know.

On that page, we cover:

Things to learn next

How Does Molly Make You Feel?

What Are MDMA’s Side Effects?

About MDMA for PTSD

Drug Harm Reduction: A List of What You Should Know If You’re Considering Using Other Drugs, like Salvia, Tobacco, Alcohol, etc.