In short: The main effects of Molly/Ecstasy last around 3 hours, and minor effects last around 7 hours - assuming your substance contains pure MDMA.

If you’re a new user taking MDMA on an empty or mostly empty stomach, you should notice the MDMA kick in around 1 hour after ingestion - experienced users who are familiar with the effects may notice it kick in after as little as 30 minutes. The primary effects of MDMA last for about 3 hours, generally from hours 1 to 4 after ingestion. You will likely feel some effects for about 7 hours, from roughly 30 minutes after ingestion until around 7-8 hours after ingestion.1 2

A warning, however: A substantial portion of Molly/Ecstasy sold as MDMA isn’t really MDMA, and so if you’re experiencing different timing than described here, you may not have real MDMA. See our page on testing your MDMA for more. 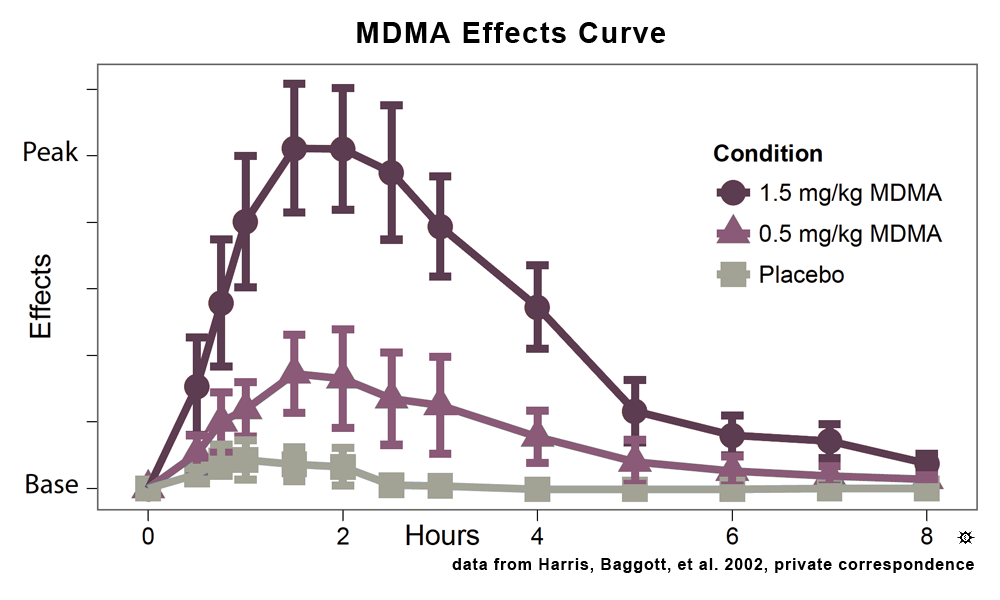 A guide based on harm reduction principles on How to Take MDMA/Molly.