Can we prevent the loss of MDMA's effects over time?

Published June 14 2017. These results are from the MDMA magic survey conducted recently. A big thank you to the Drugs and MDMA subreddits for participating in this survey - these were the primary/sole source of respondents.

Learn the answers to: what things correlate with keeping more of the MDMA magic over time/less tolerance?

The full results spreadsheet is linked below. Correlation tables and some takeaways are also included.

Some of the takeaways I found interesting

Note: Most statistically significant correlations weren’t large correlations, they tended to be small or moderate.

These are correlational results, not necessarily causational!

These things correlate with losing less MDMA magic, or not needing higher dosages

It’s possible that all of these correlations are due to confounding factors. For example, people that take supplements are more likely to have a healthier lifestyle, and the positive correlation may be due to the lifestyle, not the supplements.

All of the following were statistically significant.

Roughly ordered with most negative at the top.

I don’t have any kind of statistical significance measure for this graph currently, but thought it was interesting to include.

Again, I don’t have a statistical significance measure for this, but more than 6 sessions per year in particular seems to correlate with an increase in magic loss. 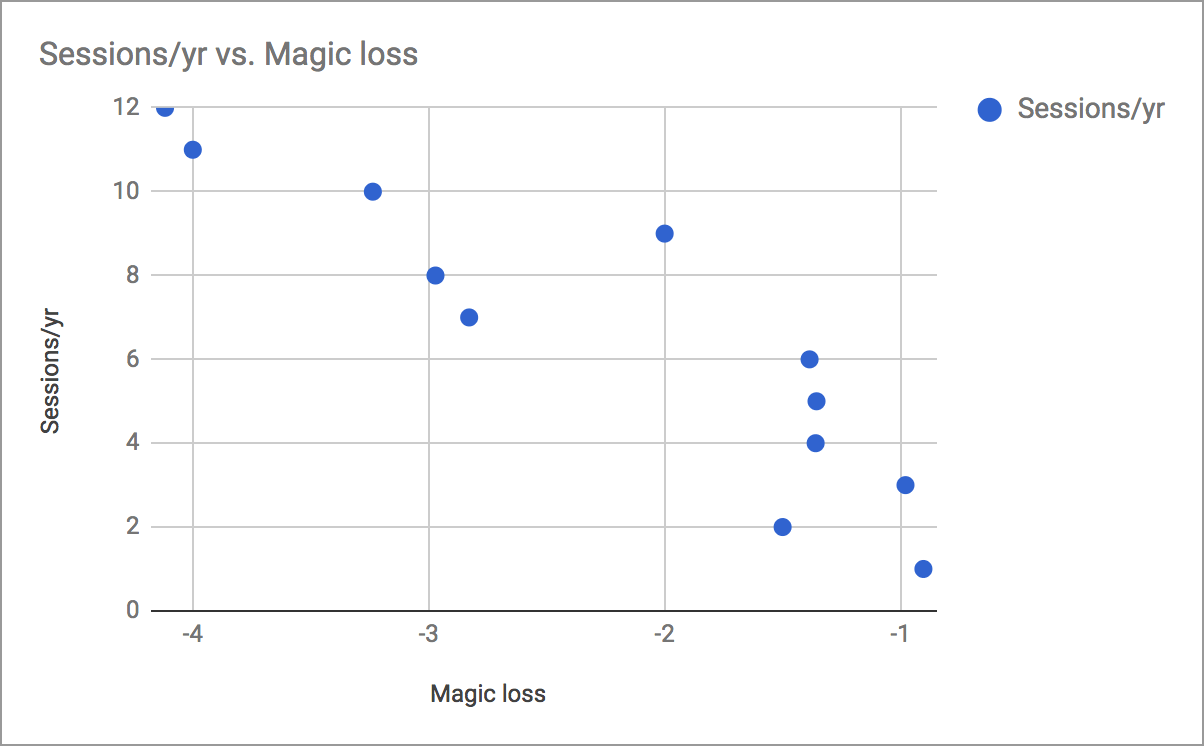 Positive scores are good! These correlate with reduced magic loss, or reduced side-effects.

Negative scores are bad. These correlate with increased magic loss, or increased side-effects.

Rule of Thumb for Interpreting the Size of a Correlation Coefficient1

The work on this analysis and writeup was primarily done during a ~3 hour period on the night of June 13 2017. Some survey responses continued to come in after the analysis was begun, due to my error in not closing the form when I begun analysis. At some point in the future when responses completely stop coming in I may go and do the analysis again and re-write this post if there’s a considerable number of additional responses.